The ALPHA-RLH cluster is a member of the CNOP (National Optics and Photonics Committee), and covers its vice presidency. Within this association, which coordinates the French photonics field, it also covers the presidency of commission for Training, Bio-photonics and Large instruments, and contributes to the Europe-International commission’s work.

The cluster coordinates the “National network for continuing education” in the DEFI Photonique project set up by CNOP as part of the government’s “Future Investments” program.

Through the partnership set up with the journal Photoniques, information about the cluster and its members is regularly posted on a dedicated site.

The cluster is a founding member of AFELIM (French Association of Printed Electronics) and a member of the scientific board of the JNM (National Microwave Days).

The cluster joined the Association Française des Pôles de Compétitivité (AFPC) upon its creation, in January 2014, and was elected as part of the association’s board and placed in charge of running the “company funding” working group. It also established a partnership with AFPC as part of the Alliance Industrie du Futur.

The cluster has signed partnership agreements with:

- Opticsvalley, in view of creating a strong link between Nouvelle-Aquitaine and Ile-de-France, and to initiate a grouping of actors in the French photonics community

- Aerospace Valley, on Photonics, Microwaves, Aeronautics and Space (PHAROS). A new agreement was signed on June 21, 2017 at the Bourget trade fair.

Collaborative events are organized on a regular basis with the Aerospace Valley and Inno'vin clusters, in order to strengthen R&D projects aimed at designing components and photonic systems for the winemaking industry, and for the aeronautics and space industry.

Agreements for provision of staff have been made with the Chamber of Commerce and Industry, the CEA-CESTA and the companies Nexeya France, Cilas, Explora Nova and Thales Systèmes Aéroportés, allowing the ALPHA-RLH cluster to benefit from their skills and expertise.

The Agency for Development and Innovation (ADI Nouvelle-Aquitaine is a partner of the cluster.

The cluster is a founding member of:

and a member of the strategic consultancy of the Laboratory of Excellence (LabEx) Sigma-Lim.

ALPHA-RLH members have access to the technological intelligence and sectoral analysis skills of GREThA, at a rate negotiated by the cluster. The platform ViaInno (Innovation Intelligence Aquitaine) can support industry actors in understanding the changes in their economic and technological environment, allowing them to position themselves as best possible.

A partnership agreement was signed at the beginning of 2015 between the cluster and the State, supporting the economic security of its members, with the following commitments made by the cluster: a confidentiality charter regarding its members, economic security in oral, written, or digital communications between its members and towards financers, tools for secure information exchange when discussing and saving information on collaborative R&D projects, implementing recommendations stemming from regular communication between the cluster and the members of the Nouvelle-Aquitaine CRIET (Regional Committee for Economic Intelligence).
The partnership was renewed, and signed by the Prefect of the Nouvelle-Aquitaine region, in a new agreement on July 4, 2017 at the ALPHA-RLH cluster’s first General Meeting. 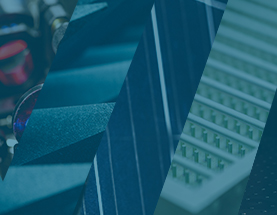