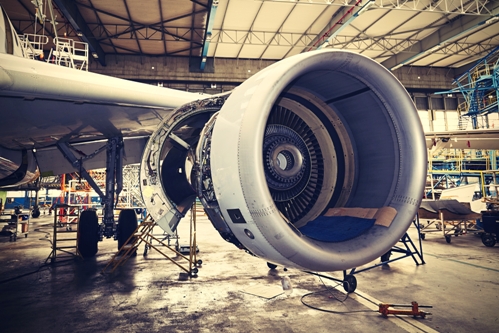 A project called Saphyr developing photonic technologies for aeronautics is underway, with the aim of having demonstrators at the Le Bourget Air Show in Paris in June 2019. Alain Fontaine, president of French consulting company Pegase and Saphyr coordinator, argues that photonics should play a much greater role in aviation

In its last global market forecast, Airbus anticipates that air traffic will grow at 4.4 per cent annually requiring some 37,400 new passenger and dedicated freighter aircraft at a value of US$5.8 trillion over the next 20 years. Boeing commercial market outlook figures are more optimistic still, and foresee 42,730 aircraft to be delivered at a value of US$6.3 trillion. These data are only relative to commercial aircraft above 100 seats and as such do not include business jets, regional aircraft, helicopters, fighters and military air transport aircraft. In addition, in the near future, completely new aircraft will be launched to replace Boeing 737 and Airbus 320 a/c families. Some countries are also working hard to become significant aeronautic players.

This situation is a real opportunity to increase the penetration of photonic technologies in the aviation industry. It is not today at a level where it could be.

Photonic technologies fit particularly well with what is required on aircraft. The physical laws on which photonic solutions are based are well known and their applications are proven in other industries – telecommunications, healthcare, oil and gas, etc. This is important, particularly when put in front of aviation certification authorities, which are generally very careful before authorising disruptive solutions.

Photonics technology displays inherent advantages for aeronautics. Its immunity to electromagnetic interference, its insensitivity to humidity, its weight and robustness, the possibility of easy integration in composite structures are, among others, key advantages of photonic solutions for aeronautics. In terms of economics, the huge development of fibre optics in others businesses like telecommunications provides the critical market size necessary to form industrial standards and reach competitive prices.

Innovative photonics-based concepts can decrease significantly the production and maintenance costs of aircraft. System or structural monitoring is a good example of an area where photonic solutions can lead to new aircraft maintenance processes and so reduce their associated costs. Many others areas of possible improvements using photonics have been identified.

At this stage, the question of why photonic technologies have not developed faster in aeronautics is a legitimate one, considering the intrinsic advantages offered by photonics. So, what could be done to improve this situation and accelerate change?

To meet such a challenge it is necessary to give an overview of the aeronautics market. Boeing and Airbus hold a duopoly in the commercial aircraft business. On top of that Airbus recently acquired control of the C-series airliner from Bombardier, now the Airbus A220, and is a 50 per cent shareholder in ATR, a leading company in the turbo-prop market. Boeing on its side is taking control of 80 per cent of a common company with Embraer, which addresses the regional aircraft market and associated services.

It is generally recognised in economics that, in an open market, a duopoly is not the best situation to introduce new innovative technological approaches. In other markets it’s often new players that bring in disruptive solutions, and push the established companies to innovate to maintain or improve their market positions. Incidentally, this kind of oligopolistic situation is taking place at the level of aeronautic suppliers, where significant consolidation is observed.

It is also important to bear in mind the key role of certification authorities from the USA (FAA) and Europe (EASA). They have bilateral agreements and their approval is necessary to authorise any new solutions implemented on aircraft.

If the photonics community wants to increase its penetration in the aeronautics market, innovative solutions first have to be developed that bring value and competitiveness all along the value chain. But because of the rigidity of the market, it is not enough to rely solely on good technological solutions; a global marketing approach promoting, in a fair manner, the benefits of this technology is necessary. There is also a need to work on the compatibility and the standardisation of products being proposed. Solutions to certify, to support, to train must be put in place to give confidence to the various players and make this technology acceptable. Such an approach needs to be coordinated and well organised.

These are the objective of the Saphyr project, launched by the competitiveness cluster Alpha-RLH located in Bordeaux, France. At the next Le Bourget Air Show in Paris in June 2019, Saphyr aims to present ten prototypes based on disruptive solutions for aeronautics making use of photonics and/or microwave technologies: FBG sensors, terahertz technologies, new types of fibre optics, laser solutions, and microwave systems driven by optics, are a few examples. In parallel to this, the project partners will work in line with WTO and European rules to address conditions to make it easier for new companies to emerge in this market.

It is in the interests of the entire photonics community to work together to develop this business area.

Alain Fontaine is president of Pegase, a French consulting company specialising in innovative technologies and concepts, and part of the Alpha-RLH competitiveness cluster. Fontaine is overseeing the Saphyr project, which aims to present prototypes based on photonics at the next Le Bourget Air Show in Paris in June 2019.

Photonics in France: encouraging international growth - To mark Electro Optics turning 50 in 2018, experts across industry and academia have commented on the photonics industry. In this article, Herve Floch, general director of the French competitiveness cluster Alpha-RLH, details how French firms can succeed in Europe and further afield